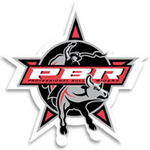 I was at the Professional Bull Riding event on Saturday here in Columbus and saw something that made me re-think sports. It wasn’t just the excitement of men putting their lives on the line on top of a wild bull for 8 seconds for much less of a prize than some pros get for doing a layup, catching a touchdown, or scoring a goal. $24,000 for winning the event, are you kidding me? One word – underpaid!

What caught my attention was the fact that before the entire event kicked off they didn’t just start with the national, but with a genuine call to the Lord for safety during the event and thanking Him for offering His Son on the cross for us. If you’ve ever been to a Nascar race, they do the same thing there as well – each race. What’s the deal? Why are basketball, baseball, football and hockey any different. Is God not allowed in the building?

Something that I do recognize with these two events that include prayer might seem a bit awkward or step on a few toes. What most people consider rednecks are the majority of the fan base in these sports. You don’t see money getting in the way out on the farm, or people worrying about their clothes, cars they drive, or what kind of toys their children play with. They’re much more about letting it all hang out, actually being friendly and enjoying community, and the athletes they follow usually don’t raise the roof or do a dance in the end zone. I thank God for these sports, and am excited to head back to the track or down to the pig pen the next time I get the chance. The sports are definitely exciting, but God’s welcomed to show up before the “show” even begins.

P.S. The favorite bull name of the evening has to go to “Whoopy Dinger”!